The work made by Huttenlocher since the early 1990s includes paintings and watercolours as well as drawings, etchings and originally also photomontages. While the snow-filled mountain landscapes from that underpin these early montages do not feature in her later work in a literal sense, landscape structures such as slopes, hills, descending lines and sections that either turn away or towards the viewer are key elements found in all her work. Unlike the classical painterly view of landscape based on a central point of perspective, Huttenlocher builds up the work by continually tilting the picture plane within the composition (something the Cubists already experimented with). The result is a process of continual transmutation, reacting on theall existing lines, paint marks and colours. This process is easy to reconstruct  fin / from the final work, particularly in relation to the paintings, which retain a certain ‘openness’ as a result. It is clear that these images come about This is clearly a case of an image that comes ‘on the job’ rather than with a predetermined goal.

Around 2005 Huttenlocher has begun painting on glass. Because these paintings use glass rather than canvas as a base, the paint doesn’t merge with its ground, and as a result the pure characteristics of the paint – such as the brilliance of the colours – receive more emphasis than usual. The physical aspect of the paint also receives greater emphasis. It suddenly becomes possible to see how the body of the paint casts a shadow on the wall, and to see the paint from behind. The recent glass paintings also interprete give a new slant to the departure from any fixed point of view in a new way. Both the front and reverse of the glass are painted. Together they form a single composition, yet at the same time they are divided by the alayer of glass, so that theyare related, moving  move past each other at different angles depending on wherethe position of the viewer is. The glass is painted lying flat on the surface, with the reverse being painted first. The oil paint, thinned is mixed with varnish, and the whole thing is poured on to the glass, where it spreads out in to a kind of transparent mist, which serves as a ground for the paint that will be applied on the frontreverse. Unlike the very unstructured paint on the reverse, the front of the glass is composed of clearly articulated paint strokes that betray the artist’s guiding hand.

It is this interplay between shaping materials on one hand and letting them follow their own course on the other that is characteristic of Britta Huttenlocher’s work. As such she takes up a position that lies somewhere between the artist being in total control of the image, and that of informal painting where the personal input of the artist is kept to a minimum. In this sense her work can be seen in relation with that of Gerhard Richter (the Halifax drawings from 1978 in particular) which also places a great deal of emphasis on shaping the informal. The image comes about as the result of moments of conscious activity and direction on the part of the artist, but also as the result of ‘letting things happen’. An important element in this context is Huttenlocher’s tendency to use several brushes or pencils at once. This way, the hand-eye coordination becomes less direct, not so much ‘one on one’. She refers to this an ‘elaborate’ or ‘exhaustive’ approach. The result is a line that trails off, or a figure in its in itssurroundings, so that a form also always contains its echo. A one-off The unique action, however unique it is, always hasexists in a context and has consequences. This way of working is essential for Huttenlocher. Rather than heading straight for the goal starting off with a clear goal in mind and forcing her vision on the work, she obliges reality – itself ultimately fickle and instable - by enveloping it. 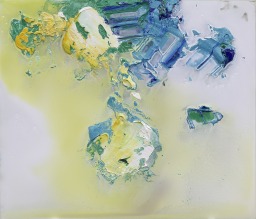 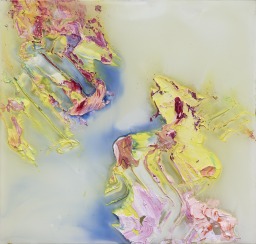 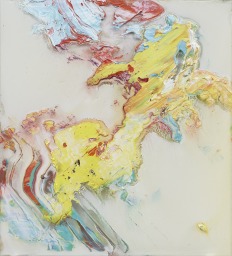 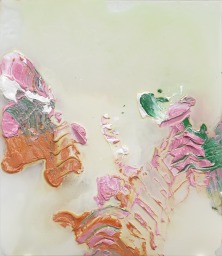 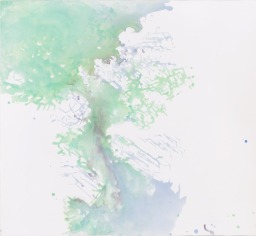 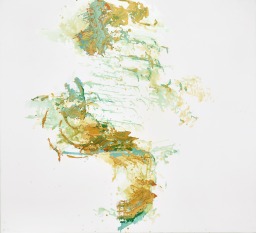 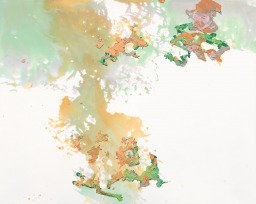 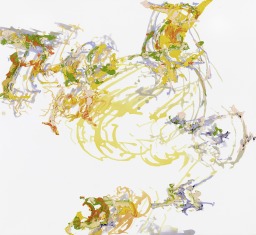 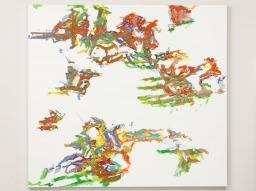 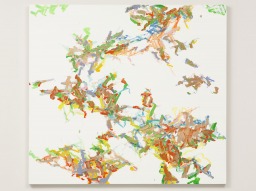 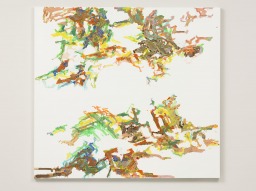 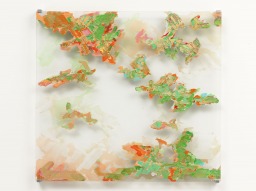 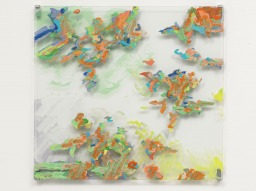 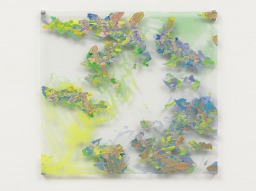 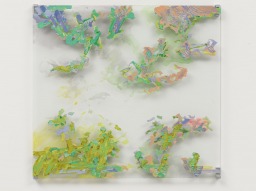 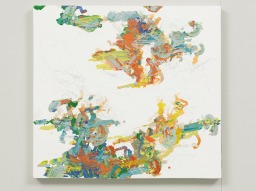 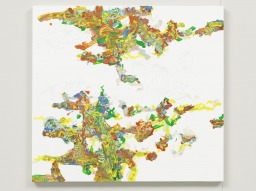 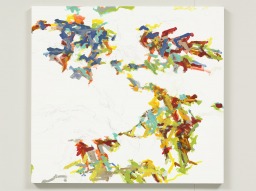 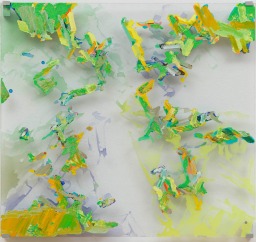 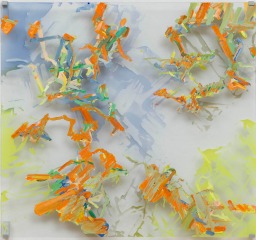 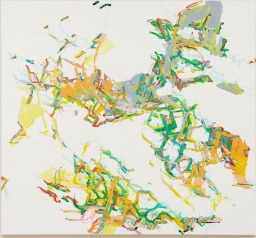 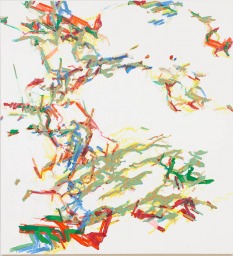 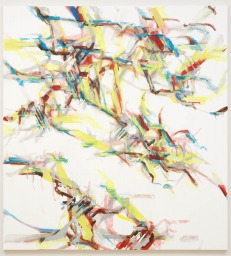 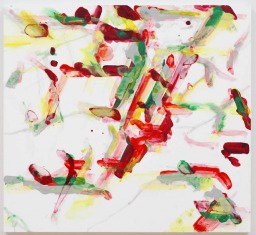 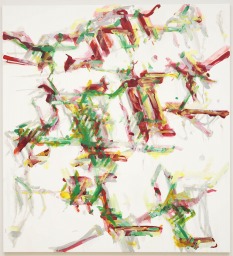 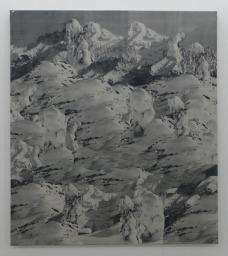