While I was studying (1999-2004), my city Prishtina was invisible and isolated from the western (art) world. This became an influence for my work, its content and its appearance.

The awareness of the political situation; the invisibility of my country within the artworld and the alienation from western art from which art students like myself suffered, resulted in a series of video's where I dealt with this problematical case. It resulted in videos created with a certain spontaneity and desire to experiment. I reflect on them more as 'test' videos.
I used myself as the main protagonist in these videos to establish an ironic distance to issues of cultural identity, history and the place of the peripheral artist. Often the videos exist of just one shot.
Using my own appearance seems a necessary strategy. I show myself far away from art-history, trapped in my own house, neighborhood and my room. I wanted to challenge my own reality. Also my physical appearance distracts from the political weight and creates an imaginary space for a more universal and psychological interpretation, thus showing an absurd vision on humanity. This also applies to my drawings.

Since these last few years, I have been focusing more on the works on paper and wallpaintings. Lately I have been doing a series of drawings in the form of paper mosaics. I recycle waste packages of different products, cut them into little pieces, and use them to make my mosaics. The industrial waste then becomes a little piece of color in mosaics, and they gain a completely different function. I also like the idea of using a very simple material such as paper to gain the same effect as if it were made of stones like a real mosaic. This illusion and shift of function remains hidden behind the narrative of the drawings. Often I also use found objects as a surface for my drawings like windows from boats and trains.
My drawings portray various situations in thin, fine lines. They often show circumstances in which people are alienated from their surroundings. Moreover, questions involving identity and the status of the outsider become an important role in my oeuvre. Ordinary practices from everyday life, critique of the cynicism of the art world and memories from my personal background have all become recurring subjects within my work.

In these last few years I have made extensive research about outsider artists, folk art, naive oriented painters and their engagement with different hand made materials such as blankets, carpets, glasses etc. They have been a great influence on my works. I see a great value in works that are hand made, textiles, authentic, punctual and unpolished character of this type of art.
I use my associative and intuitive ability to guide the creation of my work, which may be the main similarity between my work and folk art and craft. Often I show situations where the human being is isolated from his/her surroundings. Isolation, wanting contact, wanting to be a part of something, desire and failure are all topics exposed. My inspiration comes from my direct surroundings. I use the dissension of living between two worlds involving my personal experiences. 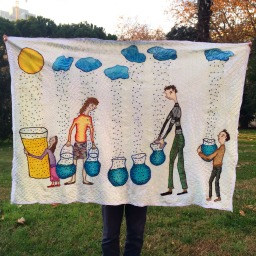 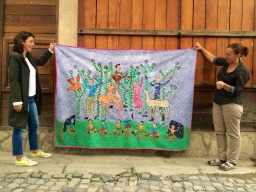 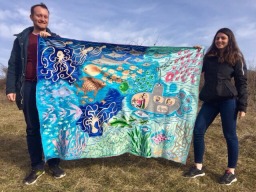 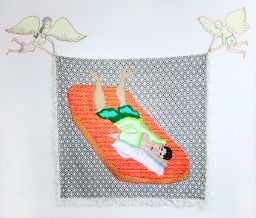 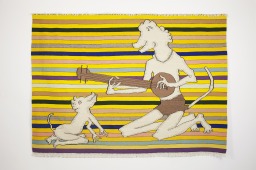 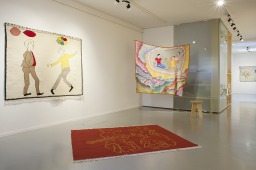 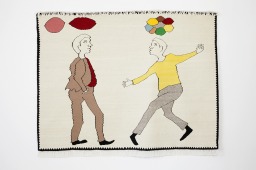 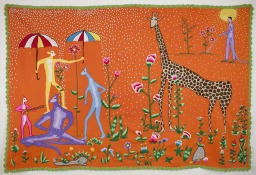 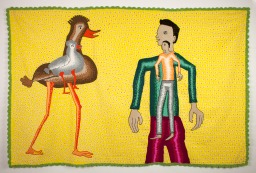 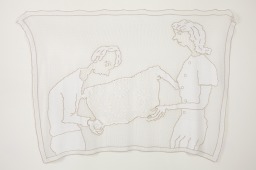 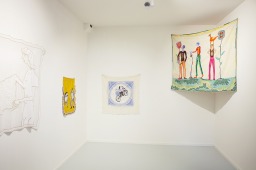 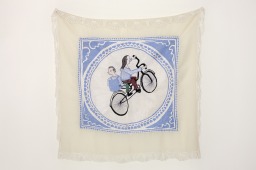 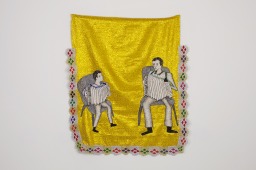 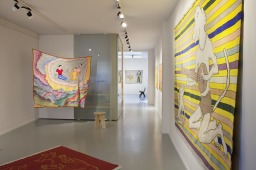 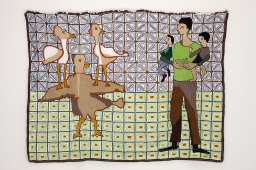 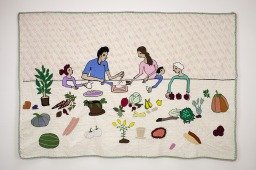 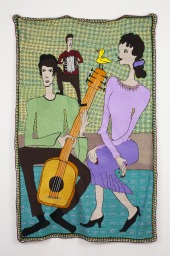 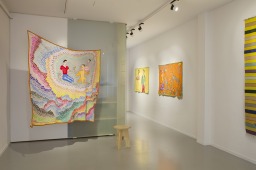 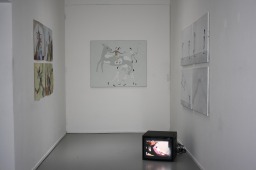 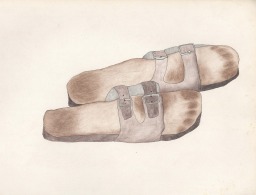 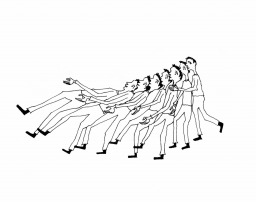 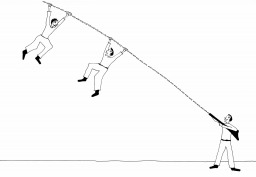 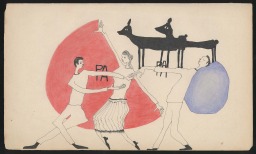