Gianni Caravaggio (1968, Rocca San Giovanni) comes from a recent generation of Italian artists who work with various media. However Gianni Caravaggio's work has quite exclusively been focused on sculpture. In particular, his works always suggest that visual and physical experiences are links to our reflections and are able to question our thoughts.  There is a certain concern for metaphysics in his art that verges especially on a philosophical and also on a cosmological nature.

About things bigger than us by Gianni Caravaggio

One cannot speak of "nature" in the singular without a certain degree of verbal license; (…) It is a hard-won victory unto itself when one's strivings are purified into a fragile, unpretentious longing, (…) This longing constitutes a mysterious impulse radiating outwards in all directions from a focal point situated within the infinite depths of our innermost selves. We now find ourselves surrounded on all sides by nature in both her perceptible and imperceptible aspects, and this we take for that ineluctable grip of nature, for an externalization of our sympathy with her.”[1]

When in the art of the last decades, as well as in the general understanding, we reflect on the question of identity there is no denying a certain impression of narcissism. A likely reason for this impression could be the fact that our identity’s parameters are almost exclusively born from preconceived cultural constructions.

The narcissistic effect of human measure arises because the condition in which identity is defined, is not given in a radical way. This condition is the difference[2]. The radical difference  between human being and nature is the idea of ​​nature as immeasurable, as mysterious and as unexpected.

Michel Serres has expressed himself in this sense in his book "The Natural Contract"[3] which reformulates Rousseau’s "Social Contract" including the "third forgotten", in other words, “nature". This thought indicates an indispensable ecological responsibility in the social structure of humanity. Today, Michel Serres’ thought is more relevant than ever but as it is founded on a legislative nature it does essentially not consider the intimate connection between man and nature. In this sense, a certain thought of German romanticism as the one of Novalis or Schelling[4], leads us to a definition of nature as an immeasurable abyss into which intimate human identity could be defined. This rapport reveals itself like a relationship of astonished humility and poetry.

We are a sort of paradox; we are the contemplation of things bigger than ourselves.

In “The monk by the sea" of C. D. Friedrich nature is more powerful, dominant and almost hostile, and yet he feels a humble familiarity.

I believe it is such astonished humility, which creates a human measure in the universe that is not narcissistic. My exhibition is formed from such astonished measure with nature.

In the sculpture "Beneath the surface, the truth of concreteness" the disruptive gesture of experience needs a superficial and conventional "veil". It is in the paradox between surface/appearance and depth/concreteness that bare experience is established. An aluminum wedge obtained from the mold of a stone rips into a photograph of a sky printed inkjet on paper. I took the photo some time ago over the Alps. In essence, however, the picture of a sky isn’t a sky and desecrating the mediated perception here initiates an evocative synthesis of a natural phenomenon.

"Young universe" is held together from its expansion in a delicate way by the borders of the hand of the "young artist". The marquina black marble balls are precariously gathered inside of the hand and might escape the light edge formed by a silvered bronze wire and expand into infinity. There is an analogy between the desperate attempt of the sculptor to give shape and the inevitable tendency of entropy of the universe.

The sculpture "The horizon lays on a cloud as the sun passes through" consists of a tangled fishing line where a blue cotton thread has been laid. In its linear path the blue thread passed through the tangled volume and embraces its surface. Another yellow nylon wire, passes under the tangle maintaining its straight path. The two trajectories cross each other diagonally, and the title of the work describes their evocative image.

In the drawing, "Alpha and Omega" made of tracing paper and graphite, the letter 'A' for 'Alpha' is torn in the shape of a triangle whereas the 'O' of 'Omega' is cut in a circle and is covered with layers of graphite. Compared to the 'A' of Alpha as a 'beginning', the 'O' Omega as an 'end' has accumulated more work and perfection. These two elements serve as molds for the drawing of the shadowy landscape in the background.

In the "Another rainy day" drawings two points of view are conjugated which are a sky evoked through the freedom of spontaneous signs of graphite or charcoal and the surface of a puddle, suggested by the concentric circles that are formed with drops of rain, on which the sky is reflected. These drawings also combine the ambiguity between the simple constatation of the sum of rainy days with the state of mind that might be involved. In the Italian language as in all Roman languages ​​“tempo” signifies the chronological time but also the weather. The ‘meteopatia’ is the mood linked to the conditions of the weather, which is something that comes from above and is greater than ourselves. 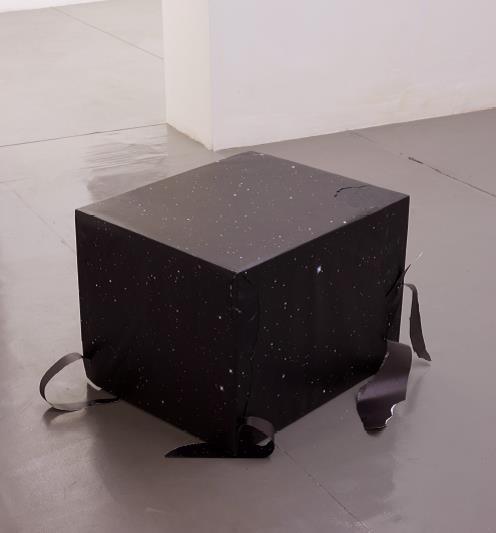 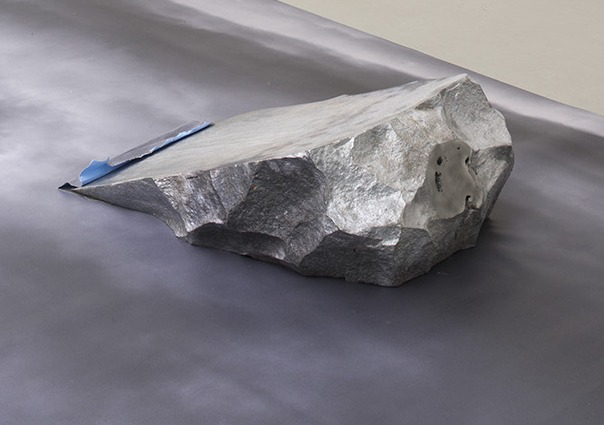 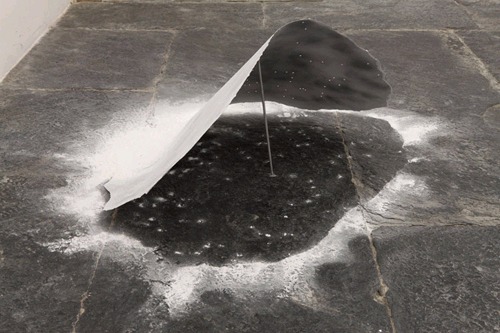 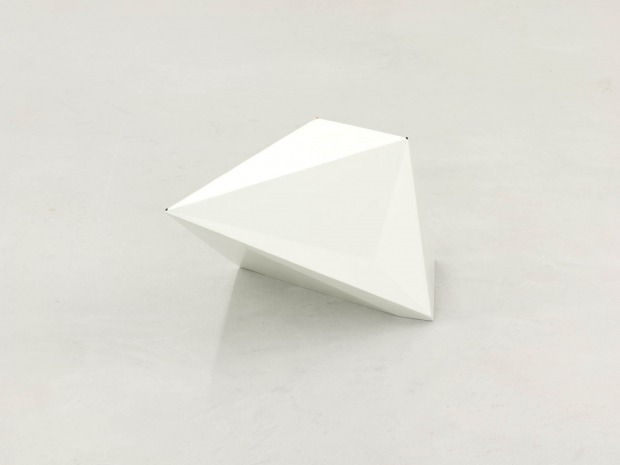 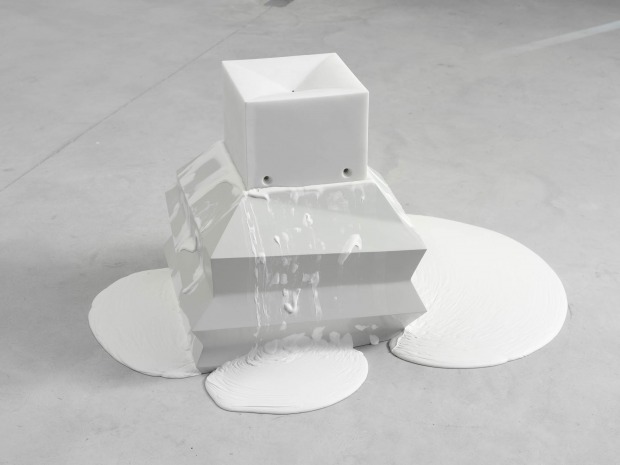 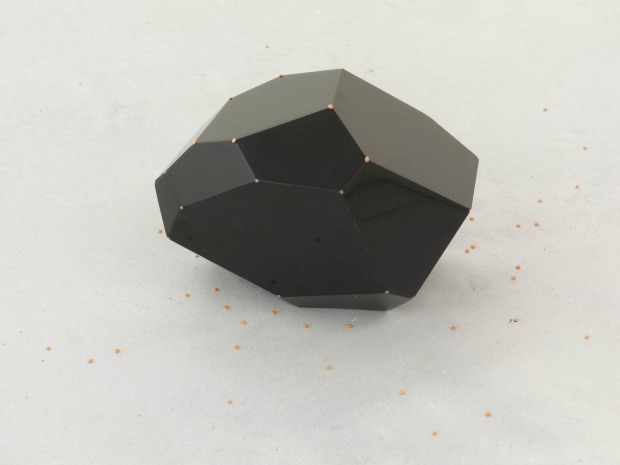 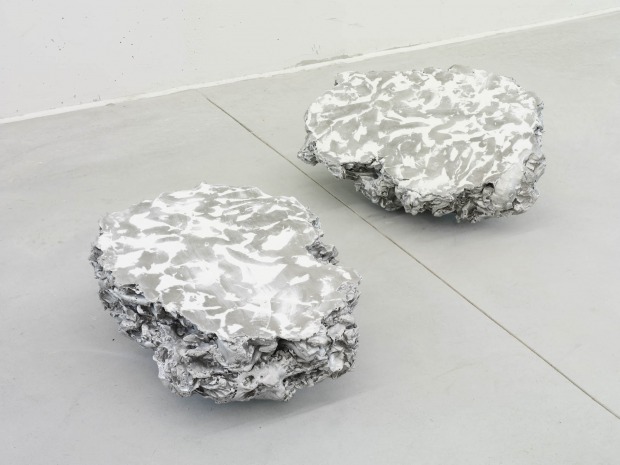 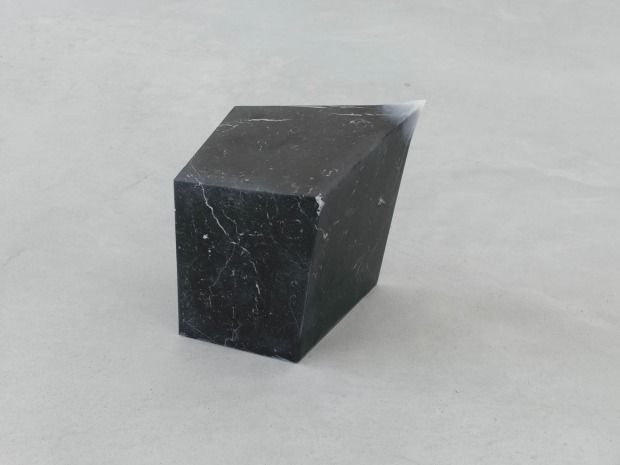 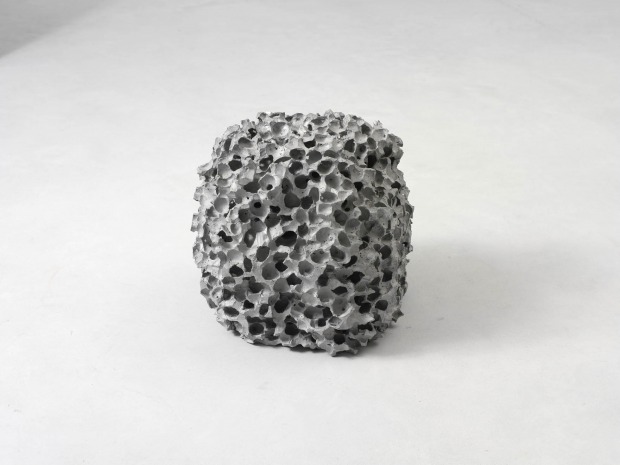 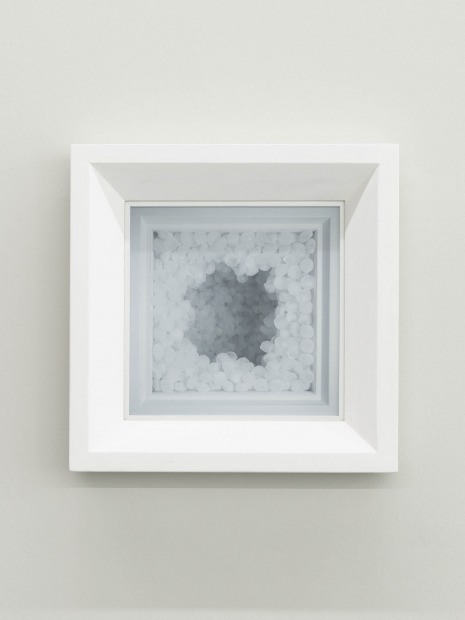 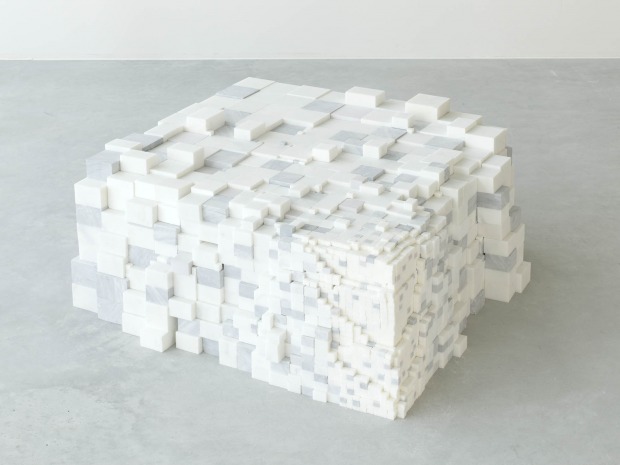 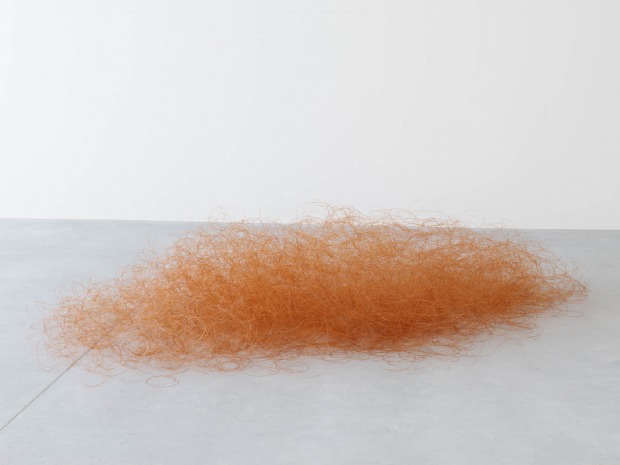