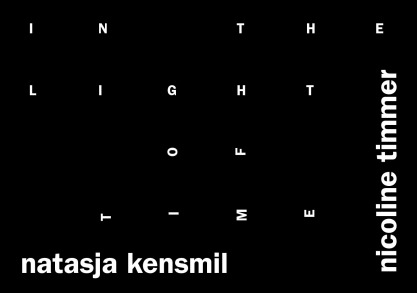 In the light of time is an exhibition of the Dutch artists Natasja Kensmil and Nicoline Timmer. In their work, both artists explore historic events, giving them a contemporary meaning.

The new paintings of Natasja Kensmil are inspired by the historic figures and powerholders Melchior Hofmann, Isabella I and Ferdinand II. Her work engages with the sense of isolation, loneliness and despair that goes hand in hand with power and, in a broader sense, alludes to the horrendous acts of which man is capable. Kensmil’s images are rich in references to art history. Her paintings bring a distant past to life, infusing it with meaning for today. Kensmil’s latest series of drawings, No Permanent City, reveals her world as one that has no lasting city, yet at the same time underlines the perpetual exodus to the promised land.
Natasja Kensmil (1973) has exhibited at venues including: Van Abbemuseum (2017), National Museum of Women in the Arts, Washington (2016), Rubel Family Collection, Miami (2016), Gospel Walkers, andriesse eyck galerie (2015), Kunsthal KAdE, Amersfoort (2014), Kunstvereniging Diepenheim and CODA Museum, Apeldoorn (2013), Contemporary Fine Arts, Berlin (2012), Frozen Queen, Michael Stevenson, Cape Town (2010), Crying Light, Gallagher Gallery — Royal Hibernian Academy, Dublin (2013).

Nicoline Timmer works in a variety of materials. Her practice comprises performances, sculptures, reliefs and installations, among others. She explores images, ideas and concepts of sometimes forgotten cultures, charging them with a meaning of her own. For the piece Missing Matter in the Sculptor’s Studio, she travelled to Sutherland in South Africa to see the constellation Apparatus Sculptoris (The Sculptor’s Studio). Timmer made the trip after reading an article stating that astronomers had discovered ‘missing matter’ in this very constellation. Timmer’s wooden sculpture was made by meticulously carving away matter to leave in place the position of the stars. Her work is distinguished by a singular craftsmanship that gives every work the appearance of an artefact produced by an ancient culture. Her work is a poetic exploration of the meanings of the object.
Timmer (1975) has exhibited at venues including: Coup de Foudre, Maison van Doesburg, Meudon-Val-Fleury (2017), Delirium & Destiny, A Tale of a Tub, Rotterdam (2017), The Spell of Matter, andriesse eyck galerie (2017), Prospects & Concepts, Art Rotterdam (2016), Mit/von/über/nach – a recital, Kunsthalle Düsseldorf (2015), Flexible frameworks, Arti et Amicitiae (2015), Personal science solution is for me, MoMart (2015), Art Rotterdam, Intersections, A Tale of a Tub (2015).
Her debut novel En toen aten we zeehond was published in 2017 by Ambo|Anthos.