Wilks is best known for his performances, Animal Farm and Trojan Donkey. The fascination with anthropomorphic iconography, in which human characteristics are ascribed to animals, often plays an important role in the work of Wilks. Wilks occurred in the project Animal Farm, based on the satirical story of George Orwell (1945), into the human-animal universe. Wilks organized street parades, with larger than life animals that were carried by people on hands. The issue of corruption of ideals was being raised: ‘All animals are equal, but some are more equal than others'. During Trojan Donkey, Wilks carried a life-sized stuffed donkey on his back. The donkey travelled around the world and stayed with people who in their turn gave the donkey a personal message. 'Wearing a donkey on the back' refers not only to regional English slang, but also to humor noir, described by Surrealist André Breton (1935). The donkey as a beast of burden, which in many cultures is associated with poverty, becomes a major significance in the work of Wilks is.

In his exhibition Timelines (2012), plays the donkey again a central role. Wilks says: "Often people ask me about When The donkey project will finish, it's a cumulative work and the whole theme of the donkeys traveling keeps generating new ideas'. The exhibition displayed no substances donkey, but one of gold. As often in the work of Wilks returns, this work also refers to the iconic donkey described in the Classic time by Lucius Apuleius, also called The Golden Ass. The poetic book describes the story about a man who by his beloved accidentally turns into an ass and then the world through the eyes of the animal perceives.In addition, some work in relation Timelines themselves to the financial markets and the economic turmoil in the world, such as cabbage, wrapped in newspaper which figures are visible. Wilks has a fascination for the columns of figures and lines in newspapers. Changing these figures normally fast in the stock market, Wilks submit them forever stuck in sculptures made of ceramic.

His recent work the project Bottle River “Vessels” (2015) comprised of around 1,500 individual ceramic pieces which meander like a river through the exhibition space. The Mass produced plastic bottles are potentially a toxic byproduct of the petro chemical industry, but contained the essential element of life "water". Here they are transformed by the artist into fine ceramic vessels. Each vessel made by hand giving each piece it's own character. A monumental work at first sight but after closer inspection the viewer becomes aware of the uniqueness of each bottle. 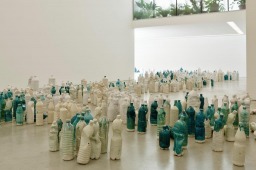 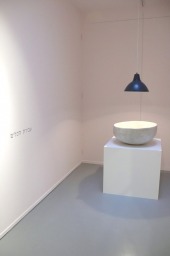 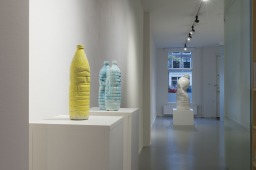 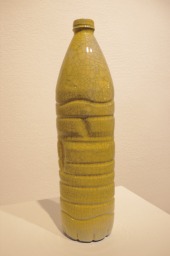 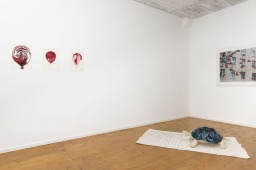 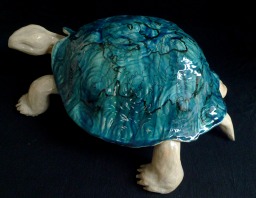 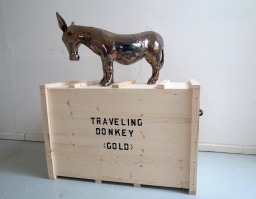 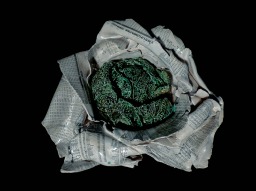 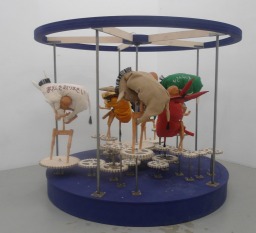 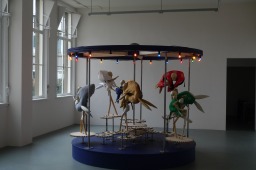 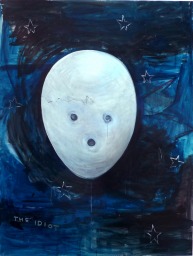 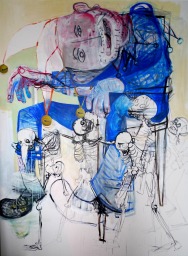 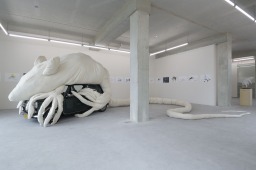 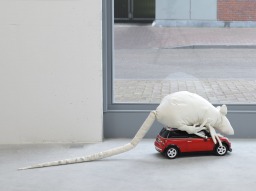 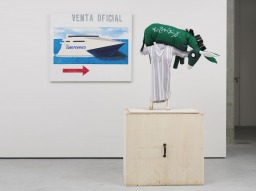 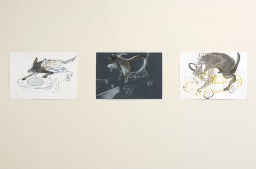 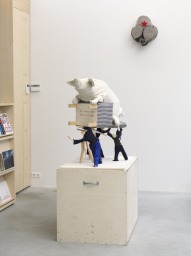 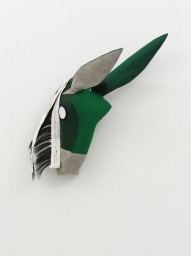 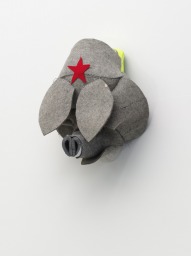 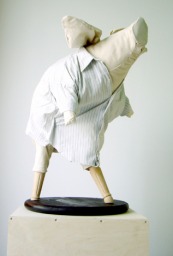 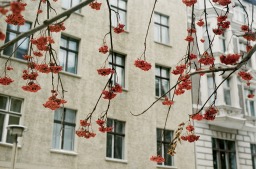 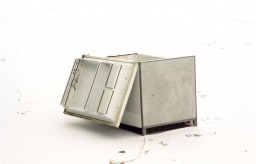