Several of the works in Daragh Reeves's current exhibition at andriesse eyck Gallery engage with time. They mark time or are marked by time. They are marked by how we quantify and measure time, translate it into, say, the marks or notches of a clock-face. Time also transforms several of the works in the exhibition, pulling them into another type of materiality or medium. Thus, the poster at the entrance of the gallery, titled Open and Shut, functions as a film. The image on its front surface is of a jeweler's shop window display stripped of its jewels. On the back of the poster are images of the jewels themselves, positioned as if on the display. When sunlight hits the poster, the jewels appear on the previously empty display, mimicking the way in which jewelers remove their wares at the end of the workday and replace them in the morning. Just as the poster is a film, so the 16mm film in the exhibition, titled Working Model, functions as a wristwatch. The film shows a wristwatch, and with each passing frame, the time on the clock-face shifts by a single second. As the film itself is projected at one frame per second, so the visible and audible progression of the frames is perfectly synched with that of the wristwatch it depicts.

The works in Reeves's exhibition are animated by subtle discrepancies between form and function, medium and material, materiality and temporality. In fact, one could even say that they operate by means of these discrepancies. In another projection piece, this time of 35mm slides, the same image of Jorge Ben playing the guitar is projected in three component parts
by three different slide projectors. One projects an image of Jorge Ben, the second projects an image of his guitar, and the third projects an image of the background. Each element has been isolated and cut from the same photograph. As viewers move in front of the projectors, they successively block out each of the constitutive parts of the image. As in other pieces by Reeves, the composition of this work is both loose and precise. Its different elements balance each other but also balance on or by means of one another, in an equilibrium whose apparent lightness of touch masks its underlying rigor.

Also in the show are a series of other works, such as Screen Saver 1, a short video made for a model of a series of marble screens that Reeves designed for the different film and video image formats in use today. Other works reveal the different ways in which Reeves has engaged with the inherently modern medium of collage. Throughout these diverse works, what emerges is less a thematic or formal coherence than what one might call a philosophical unity. What Reeves shows us is that works of art are neither intended nor created. They are instead occasioned. Reeves's nimble artworks speak to an activity that is rooted in a profound receptivity, not just to things in the world, but more importantly to the way in which they can be made to function and communicate differently: a poster as a film, a film as a wristwatch, and an exhibition as a translucent screen for the moving image of the world outside its walls. 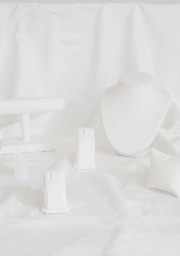