Ao 青 (‘Blue’) is the third short film by the artist Charlotte Dumas (Vlaardingen, 1977) with the Japanese island of Yonaguni at its center. Since 2015 she has studied this island and the critically-endangered breed of native horses that roam freely across it. A tragic part of the island’s past comes through in her characteristically intimate films and photos. In round glass objects, ballet shoes, or a horse’s girth cloth, a special blue colour recurs to link Japanese nature, the island’s horses, and three young girls, whose spirited independence brings a new energy to Yonaguni. The exhibition Ao is showing all three of these overlapping films together for the first time, complemented with photos from the same project. 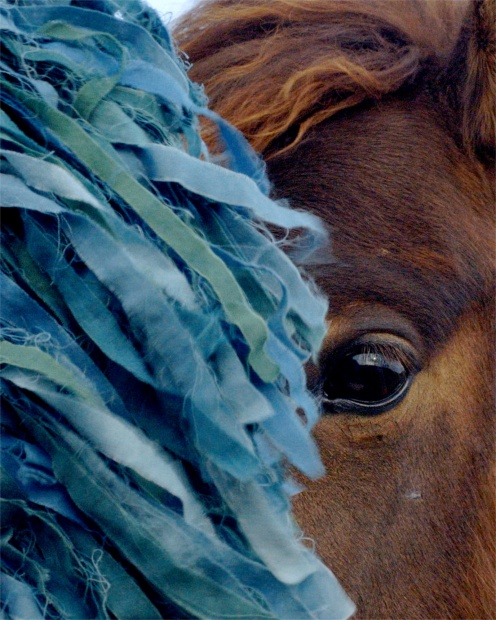