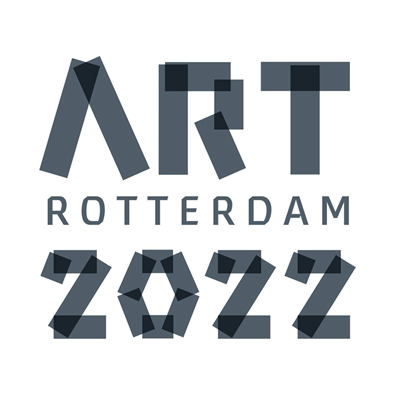 We are pleased to invite you to visit our stand at Art Rotterdam.

You will find us in the main section at booth 49 where we will show work by Marijn van Kreij, Emmeline de Mooij, Bert Boogaard, Antonietta Peeters, Silvia Gatti and Charlotte Dumas.

This year, the fair has included the Projections section in the booth of the participating galleries. At projections we will screen the film The Undercurrent by Rory Pilgrim.

Multidisciplinary artist Rory Pilgrim collaborated with a group of 10 young climate activists in Boise, Idaho, to create an intimate portrait of a generation often burdened with the expectation that they will save us all from ourselves. With tenderness and vulnerability, the activists share their struggles, highlighting how mental health, homelessness, grief, and gender inequality intersect with the climate crisis. With ethereal cinematography and music by Declan Rowe John, The Undercurrent shows us that the way forward is together, with the shared belief that we can exist in the future.
Rory Pilgrim received in 2019 the Prix de Rome award for this film.

The Undercurrent will also be screened on May 10 (followed by a conversation with the artist , climate activist Liam Neupert  and director of Photography Cody Gittings ) and on May 19 at MoMA, New York.
His film Rafts  is currently on view in the exhibition Radio Ballads, at Serptentine North gallery in London.

Marijn van Kreij (°Middelrode, The Netherlands, 1978)
By re-using existing imagery and concentrating on repetition and the act of drawing itself

Marijn van Kreij playfully challenges the myth of the creative genius and the Western notion of progress. Rather than presenting the work as a finished whole, he invites the viewer to engage with the creation process. From 2012 onwards he started to centre his practice almost exclusively around the late work of Pablo Picasso, resulting in a vast body of work. Untitled (Picasso, The Painter 1963), 2019 is a  key work consisting of 42 drawings around the late work of Picasso. Marijn van Kreij has held recent solo shows at Museo Picasso Barcelona (Contemporary Presences, 2020)  and Marres, Maastricht (Nude in the Studio, 2018). In 2017 he was rewarded with the ABNAMRO art price and an exhibition at the Hermitage Amsterdam.

Emmeline de Mooij deals with themes such as loneliness, the elimination of the body from social processes, care, maintenance and repair. On show will be 2 mattresses that are ‘disguised’ as traditional works of art on the wall. They are processed with a diverse range of residual and available materials that have been sewn together. ‘Patchwork’, a typical ‘hobby art’ technique frequently applied by women, is used here in an intelligent way to raise questions about hospitality.

The works can be unhooked from the wall and serve as a guest mattress.

De Mooij recently participated at Deares Y, Garage, Interwoven Histories at Rozenstraat, Amsterdam and is active with de Feministische Handwerk Partij with which she recently held a performance lecture at Stedelijk Museum, Amsterdam

Colour is at the heart of the artistic practice of Bert Boogaard (1952). Over recent years, his work has predominantly focused on a search for and exploration of colour pigments and palettes, minutely researched in databases. Boogaard studied at Ateliers ’63 but it is his training as a mechanical engineer that echoes throughout his work. Blending elements of high and low culture gives the paintings an unusual resonance. A visible, almost tangible tension arises between a restrained, pure and wholly systematic abstraction and the exuberance of colours like pink paint, and materials like beads. Integrating the decorative into a sleek composition is Boogaard’s ongoing ambition to arrive at something more beautiful.

Antonietta Peeters recent work is the consistent result of an intensive process of craftsmanship. The large painting shows a leaf pattern branching off from a vertical axis. Protruding seams stitched to the canvas provide texture and contours. The canvas is prepared and painted, with the outer edge left open, showing the brown-grey of the painter's linen. There, the  seams make sculpture-like folds around the edges of the stretcher bars, in a wavy rhythm that reinforces the drawing. It is a painting of silenced beauty, in which the image and the medium correspond in an intriguing fashion and the picture coincides with the material. The "sculpted" painting moves in the area that separates plastic arts from paintings, on which Peeters commented “... it seems that this is what I’m interested in, that place between real spatiality and the surface. I always wonder what the flat plane actually is, how it can be broken and where the painting eventually ends”.

The habitat of the Yonaguni horses bears traces of a terrible history. At the north-western tip of the island is a deep rock gorge. In the eighteenth century, pregnant women were forced to leap the ravine as a means of combating over-population. Today, this chasm is a place of commemoration. The arrival of a military base and a radar tower in 2016 transformed the island into a political pawn in the tensions between Japan and neighbouring China. As the island’s population dwindles and many buildings stand empty, the wild horses wander the craggy shores, confined to the island forever. In her series Ao, the energy and autonomy of the wild horses and the girls contrast with the island’s bleak past, suggesting an emotional reciprocity between man and animal. Ao 青 (‘Blue’), an unusual shade of indigo, recurs as a leitmotiv. Using traditional methods, local clothing designer Yuko Kitta distils the dye from plants indigenous to the island.

Silvia Gatti explores the always complex relationship between language, reality and the self, through text, poetry, digital technology and sound. Drawing inspiration from conceptual artists like Lawrence Weiner, Joseph Kosuth and Marcel Broodthaers, Gatti probes and dissects the possibilities and limitations of letters, words, punctuation marks – and the space between them – to convey the experience of being human. In her recent large-scale drawings Cosmocomic Maps, sheets of paper have been crumpled and the breaking lines are subtly covered with ink. With the apparent damages she creates a a poetic drawn landscape, but also mentally, a space open to reflection.