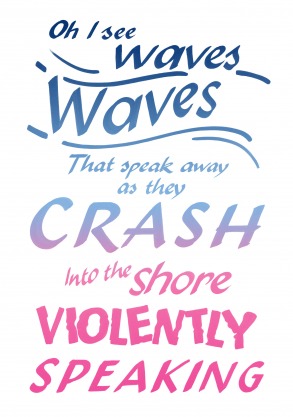 Setting off on a Journey for "Sacred Repositories"

“We no longer reveal totality within ourselves by lightning flashes.
We approach it through the accumulation of sediments”
(Édouard Glissant)

Sacred Repository N.1: Violently Speaking is a work about geology and renewal, fluidity and excavation.
As a starting point to the exhibition, Rory Pilgrim has selected a series of black and white photographs that are key to understanding the scope of the journey of his first film work. The starting photo shows two shirtless black men, their bodies curved into their work: they are miners chipping stone with clubs and picking a channel in a stone bed. This quarry in Portland, England, is in an area known among British builders for centuries because of the quality of its stone. Several governmental buildings have been built using this stone, one of which is the United Nations headquarters in New York. In one of the photographs of the series we see the official laying of the corner stone of UN permanent headquarters in 1949: a collective ceremony that "attests an act of faith,.. of unshakeable faith" to accomplish the goals of world peace and international cooperation by the then recently founded intergovernmental organization.

The formal words spoken by US President Harry S.Truman at the ceremony in front of an enthusiastic, hopeful crowd draw a parallel between the purity and uniqueness of the cornerstone and people’s capacity to maintain such an ambitious project. The building's construction and the actions set to take place in it are bound together in this speech and a collective pact is set, sealed by the Portland stone as a cornerstone of peace. But is this relation enough to keep this promise of world peace over time?

What happens when words are closed off in our throats because they no longer contain the strength to enter the world and change it?

If “Words become broken / When history becomes open / And words no longer say what they mean”, where do we turn to keep our faith and nurture our spirits?

It is at this point of rupture, of broken promises and growing dissatisfaction with the state of things, where the journey of the film really starts.
Despite the compelling images of the quarry, the frequent sounds of ships’ whistles, and sea waves lashing the Portland coast running through large part of the film, "Violently Speaking” is not a film about the journey of the Portland stones shipped from the coast of Dorset to the US, but rather what they stand for. It is indeed a film about the search for a new collective cornerstone: an element that is able to provide us with solidity and security and which can offer a shared ground from where a sense of togetherness with joy and hope can be built.

As an archeologist of the spirit, Pilgrim sets off on this journey to dig out and unearth sediments equally precious as the Portland stones. Instead of the dealing with only the physical stone, Pilgrim realizes a series of cultural excavations, making a cross-sectional cut through history and space. Going back and forth between the two continents, he draws lines of connections among natural sites (Portland Island, the Great Salt Lake in Utah), congressional buildings (some of which are institutional, like the UN General Assembly Room, but others which are not, such as the Quaker Meeting house in Utah and the activist office for Trans issues in New York), and groups of intergenerational women (the Quaker’s group, the Drag Queens and five British teenage girls invited to work with him).

With this gesture, Pilgrim reveals that a 'repository' of promises, faith and new hope can be found in as diverse places as nature, a building, a word, a person’s silence or a dance movement.

Almost as if following the regular rhythms of the waves governed by the moon, these different elements of nature, voices and women return cyclically in the film, highlighting a continuous transition from one material state to another, from one setting to another.
As the film unfolds some of these repositories reveal their particular potential in generating the space for renewal, transformation and change that the artist is seeking.
This is the case, for instance, of the 'voice' of the waves.

“Oh I see waves /Waves that speak away/ As they crash into the shore / Violently Speaking”.

In a carefully developed tension, the rhythmic sound of the waves lashing against the shore is present during most of the film. Sometimes they are calm sounds of gentle waves in the open sea, other times, we hear them hitting hard against the British cliffs. While following their movement we gain awareness of their potential. Water’s lightness and liquidity is no less powerful than the heavy materiality and solidity of the stones from the quarry of Portland’s island. On the contrary, the repetitive motion of waves can mold existing shapes or seep into existing structures and break them apart. The image of waves overlapping the round table and chairs in the UN assembly room seem to refer to just this possibility of disrupting existing orders while also acting as a metaphor for new forms of more fluid and inclusive belonging and identification.

Sea waves are not the only ‘voices’ that, violently at times, speak in the film. As in the artist’s other largely performance based works, there is a privileged attention, care and interest to bring forth the voices of specific social groups, who in different manners fight for self-expression, social justice and equality or practice active forms of spirituality undermining principles of authority and hierarchy. Women and teenagers are still the most valuable ‘voices’ to hear. However, in the film there is not only attention for who speaks and what is said: there is as much attention towards words of self-empowerment and hope as there is to silence. Silent pauses alternate with singular words (‘compassion’, ‘mystery’, ‘understanding’, ‘acceptance’), the powerfully liberating voice of the Queer singer, the joyful lyrics of the teenagers’ group, and the sound of the sea waves. All the sounds of the film – connected as much to the human presence as to natural elements – are purified by silence. Silence creates a protective zone. And it is in such a condition, according to poet Caroline Bergvall, that “the catalepsy of experience will start releasing new vocabulary”. The silence that balances words appears as another possible repository.

The result of this first movement in search of “Sacred Repositories” is an intimate work that asks for a similarly intimate focus from the viewer. As in Pilgrim’s previous works, we are still in front of a poignant exploration of life’s fragilities and of the fundamental contradictions we are all composed of – spirit/matter, belief/skepticism, resistance/resignation. The questions on the hand- embroidered banner unveiled on the occasion of the Stedelijk Museum re-opening are still pressing:
“Where do we find hope that builds from the past? Where do we find hope in a future to come?” (“Open”, 2012)