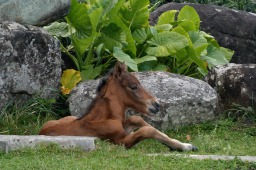 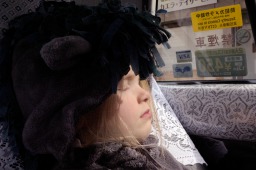 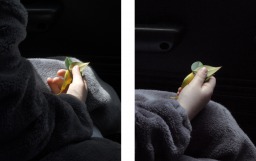 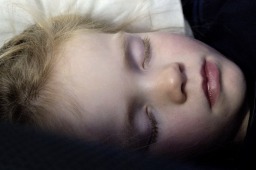 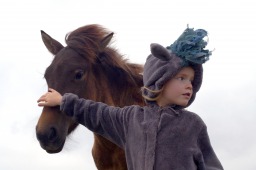 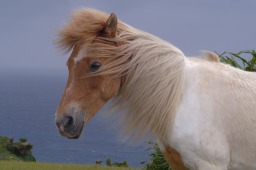 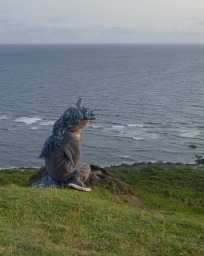 YORISHIRO is the second short film (19.35 min) of Charlotte Dumas in which the small Japanese island Yonaguni, where an ancient horse breed still roams freely, plays an important role. In her first film SHIO, these horses and a Japanese girl seem to be waiting for "something" or "someone".

In YORISHIRO a little girl in a purplish grey horse suit travels to this remote island. The horse costume transforms the girl into an intermediate form of human and animal. Perhaps as a "Yorishiro"; something or someone who can contain the spirit or soul of a "kami" (nature) god. In the film the viewer stays close to the girl who, after wandering through the urban landscape of Japan, finds kinship with the horses on the island.

In addition to the presentation of the film, there is a number of small-sized photographs from YORISHIRO.

YORISHIRO is now on show at Museum de Pont,Tilburg until February 9 and can be seen from June together with SHIO at Le Forum , Fondation d’entreprise Hermès, Tokyo. From January 31 the series RETRIEVED will be exhibited at the 9/11 Memorial Museum, New York.