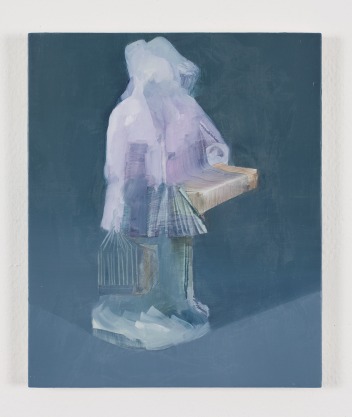 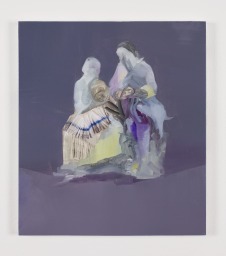 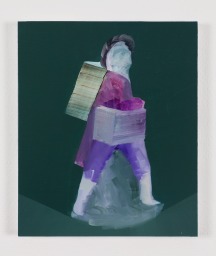 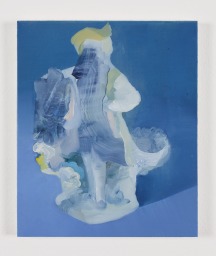 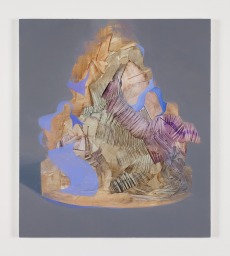 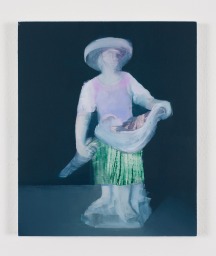 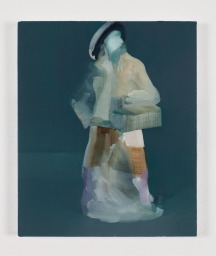 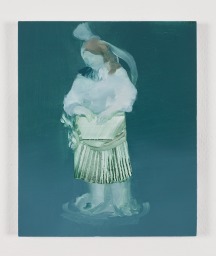 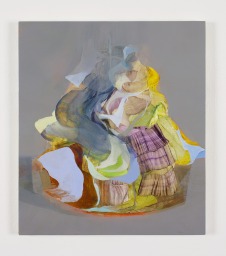 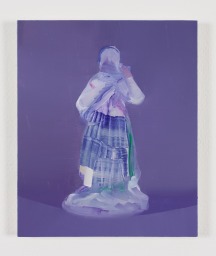 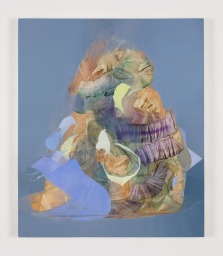 I last wrote about Lara Viana’s paintings back in 2009. A lot has happened since then, not least, a major relocation. After many years in the UK, Viana has returned to live in her native country, Brazil – a fact that appears obvious once you know it, given the very different heat and tonal sensibilities emanating from the latest paintings. It’s as if the hallowed institutional half-light, characteristic of earlier works, has been diluted with some seductive contaminant. There is nothing of the reproduction about these works, but from Viana’s choice of subject matter and the sensibilities of the art-historical tropes she pulls apart, one can imagine breaking open the belly of a museum, and witnessing rooms of European old masters paintballed with a mix of natural and artificial light.

Part porcelain patisserie, part sculptural pile-up of materially elusive forms and textures, these images of figurines and mounds of curious phenomena appear to have been whipped up out of and, in some cases, partially wiped off, the canvas. Yet the subject remains grounded in each case; understood as a viable (if not entirely knowable) visual ingredient within the collective memory. While there is an endlessly shifting, restless quality to her repurposing of found content, Viana is careful about the amount of figurative detail she leaves on each surface, precisely framing her imagery and tampering with its construction in ways that offer many associative journeys back to, and down from, the still-life table. The introduction of pastel tones and map-like swatches of block colour to the compositional mash up – a clear nod to Salvador’s colonial architecture – makes me think of the artist’s personal journeys and the impact of this time, of being in daily transit, on her practice.

There is a scene in Michelangelo Antonioni’s ‘Blow-Up’ (1966) where the protagonist, a wiry scribble of a man on the qui vive, visits an antique shop. His journey to the site (in an open-top Rolls) from Notting Hill to Greenwich is made remarkable for all that this seemingly simple bit of filming is able to convey about the cultural mood, but also by the material evidence of human stories in each frame. Beneath the obvious artifice of the film’s Technicolour skin (and bearing in mind Antonioni is known to have altered parts of the city in pursuit of the perfect footage), there remains a curious authenticity to the grubby London captured. Unpimped stretches of period architecture; old shops; grim council housing; telephone boxes – the combination of public human processes that led to each one smelling exactly the same, regardless of where you used them – and; the patina’d surfaces of the junk-shop door, with its many layers of street dirt and human grease, are all memorable for their obvious contrast with the increasingly shiny and corporate London of now. But, as he reminds, over and again, perception makes solitary narrators of us all.

It’s not by chance I’ve decided to watch this film again. In her notes on the new works, Viana included a quote from the film-maker:

This possibility, of mining representational layers in pursuit of the “mysterious”, fits perfectly with the nature of Viana’s enquiry and subsequent reconfiguration of existing images. And, that to truly get to grips with the content might involve losing some of its context along the way; in the manner of an excavation as opposed to a purposely destructive act. Her additions and omissions enable a fleeting sense of being both in the action and at distance from the oily autopsy of a second-hand image. But, for me, this process appears as much about a personal quest for the ‘truth’, as a need to question the conditions that shape our compulsion to locate it. Or, conversely, remain a supplicant within the terms of the seduction presented. Why are we drawn to particular moments in time and modes of recording the past, beyond nostalgia? In the increasingly screen-mediated present, with ever more means and modes of recording, altering and disseminating imagery, one can certainly understand a need to validate what is seen and the lure of comparatively simple analog processes.

For years (some of them occurring prior to the making of, and cited as an influence upon, ‘Blow-Up’), Antonioni painted small mountain landscapes. These Montagne Incantate (Enchanted Mountains), were then photographed and enlarged to the point where the surface of the paper became part of the materiality of the image. The subject here appears to operate much like a prop in an experiment. However beautiful each view and Antonioni’s watercolour depiction of it, his interest lies in how the image is understood through the process of its re-presentation. Similarly, Viana often returns to the same image, painting it over and again, from multiple perspectives, as if to make visible the distance between the reality of this, a found facet in the studio, and changing collective perception of what it might convey in the time since first capture.

Her candified objects, often depicted floating in a tonally muted painterly space that belongs around the heads of portraits, could be studies for future monuments or other improbable projects. While some, featuring representational remnants of limbs and other contextual details, speak of statuettes and sculpture in the round, affording us more obvious pictorial distance from the subject (as object), others leave us floundering in a sumptuous mess of deconstructed art-historical matter. In the midst of imagining what might be at the source of each confection, myriad other historical whims and ambitions rear their heads, specifically, relating to other structures. The virtually edible quality of Viana’s brushwork – with its fans of pastry pleats and Fibonacci spirals of Swiss-cheese shavings – brings to mind Tatlin’s Tower, a cake-like architectural venture designed to celebrate the Russian Revolution in 1920. It was only ever realised in model form and, in the time of Pinterest et al, is more often than not remembered by virtue of its influence on art and more everyday forms of production.

In this vein, I’m also reminded of Lee Bul’s homage to the utopian visions of German architect Bruno Taut. Her chandelier-esque sculptures might also be described as elegant pile-ups, if very different in scale and impact, in that they convey the same sense of productive impatience. For while Bul may allude to certain formal principles of modern design – as Viana adheres to the compositional basics of tableau painting – they appear between the processes of being built and disassembled; the balletic linearity of wires, mesh swatches and beaded threads dancing into position. And, of course, when it comes to candy there’s the colourful fashions and highly elaborate ‘hѐrisson’ head-dresses favoured by Marie Antoinette, as history describes her and as styled by Sofia Coppola in her 2006 film. The beauty of certain Viana works is that we can never truly situate ourselves in physical relation to them. This affords the associative space to wander, macro to micro, between the image core, mantle and crust, and from the aesthetics of one cultural moment to another.