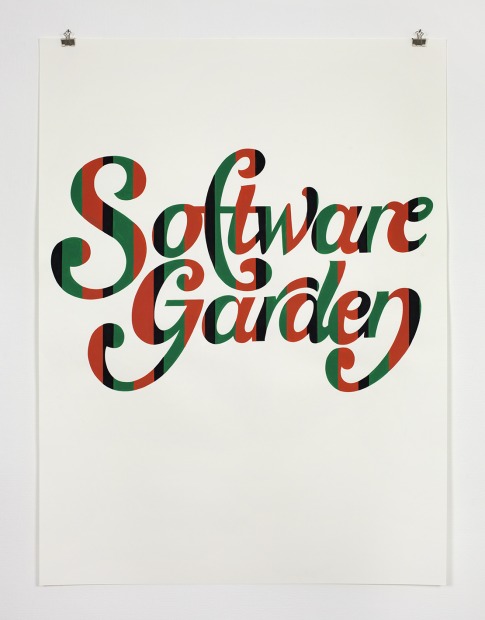 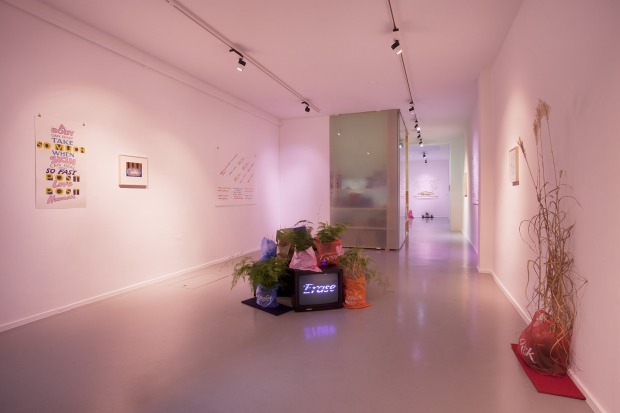 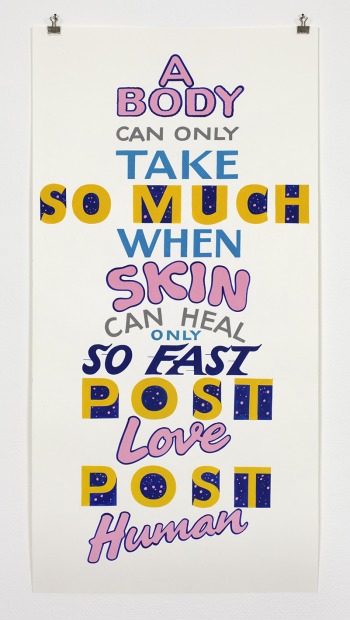 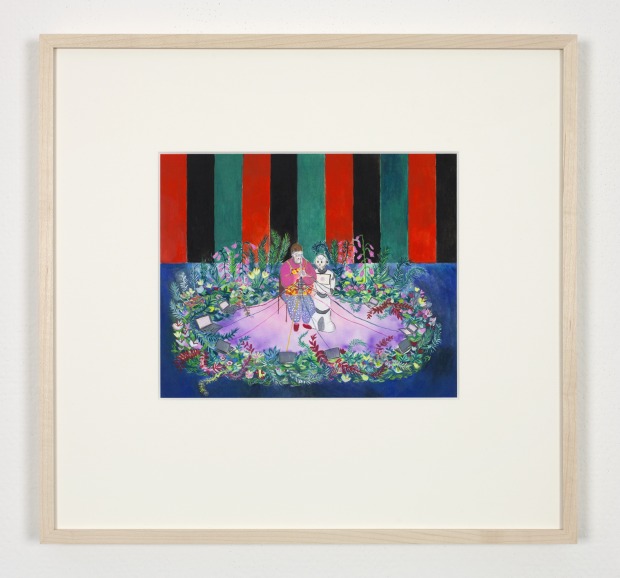 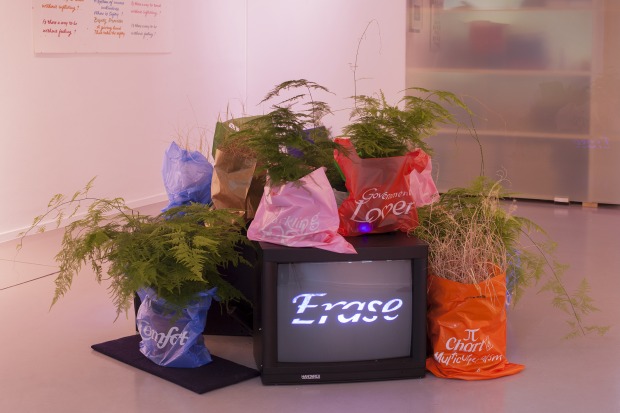 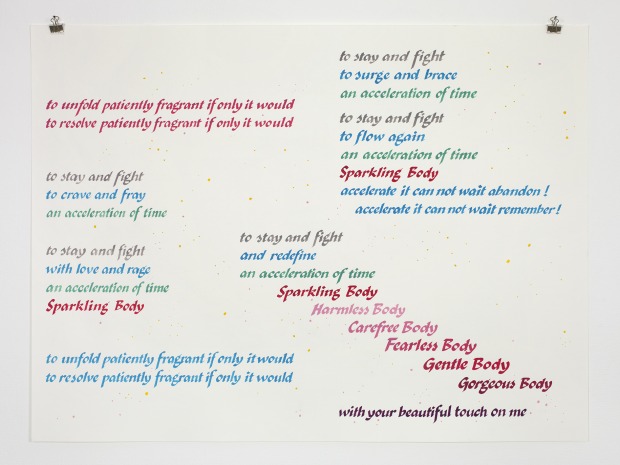 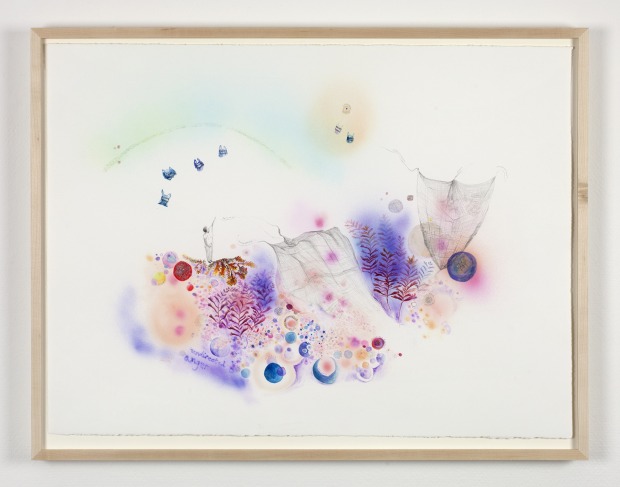 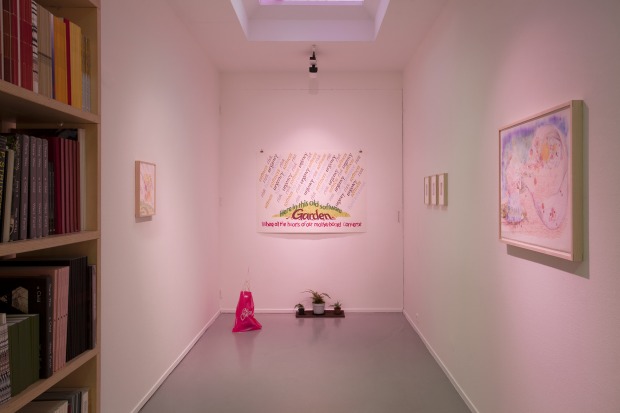 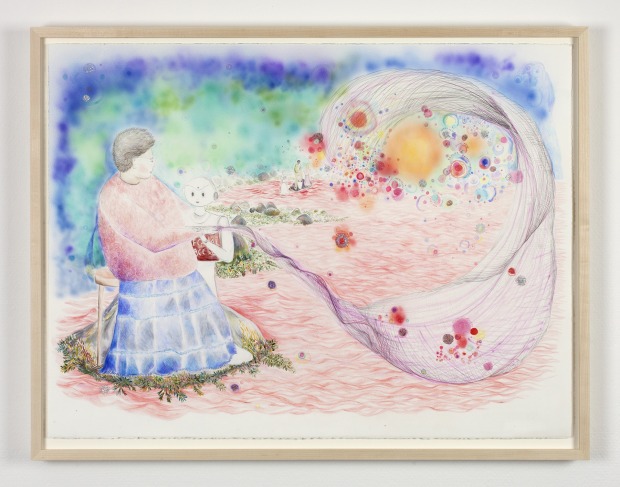 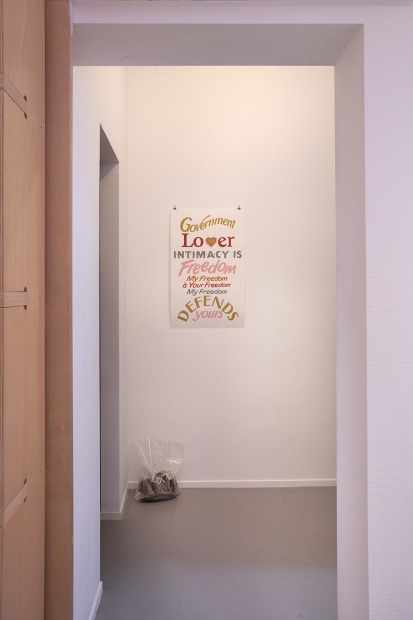 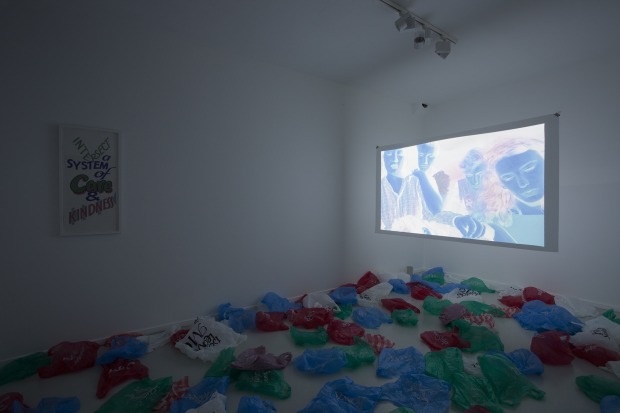 For his third solo exhibition at andriesse ~ eyck galerie, artist Rory Pilgrim (1988, Bristol, UK) creates an exhibition as part of the release of his first full length music album entitled Software Garden. Nurtured over 2 years of collaboration, workshops, and live concerts the exhibition marks the first time the album is exhibited in its entirety. Unfolding over 11 tracks, each with an accompanying music video, Software Garden cultivates influences of pop, electronic, techno with choral and lush string arrangements to explore how a music album can be used as a political space to bring people together.

Responding to recent complex global shifts that highlight increasing polarities between people that have led to increasing nationalism and desire for isolationism, Software Garden asks how we meet and create connection from both behind and beyond our screens. As digital and robotic technologies change the fabric of human systems, is it possible to create spaces that unite the human, ecological and technological with basic principles of empathy, care and kindness?

At the heart of the album is a series of close collaborations in which the contributors orbit around and make contact with one another across different generations. Like a central sun, Software Garden is narrated by poet and disability advocate Carol R. Kallend from Sheffield in the north of England. Her poetry reflects on her desire to have a robotic companion to fill the void left by the British Governments disability cuts that left her with drastically reduced access to care. Starting with a poem entitled The Lone Dreg Speaks Back written in the middle of the night, her lone but powerful voice voices her experience of disability. It is accompanied in the first music video with drawings of doctors and nurses meticulously stitching the wounds of patients by Barbara Hepworth. Interweaving with the voices of others, Kallend’s words further unfold as lyrics and through collaborations with others including singer Robyn Haddon, Dutch singer/rapper Daisy Rodrigues, a British Choir and a robot named Pepper.

While the voice remains vital in the audio, the accompanying music videos provide a vital space for different bodies from multiple backgrounds and ages to come into contact with one another on screen through various points of contact. Featuring Danish dancer, artist and choreographer Casper-Malte Augusta as a main collaborator, the inherent political nature of the body is explored through choreography. This includes moments of intimate touch, encounters with the American military, line dancing, head banging and the imagining of ‘software’ in choreographic form. Evolving over a series of different settings, the videos emerge from screens that shift between interior stage like spaces to infiltrations into the external world. This includes an Undenominational Chapel in Sheffield, the Japanese Islands of Okinawa which face continued occupation by the American Military and the Isle of Portland, UK famed for its stones that were used to build the United Nations Headquarters.

To accompany the music videos, Pilgrim exhibits a series of drawings and posters that create an immersive space for the album art work. With posters painted by hand by Pilgrim’s long term collaborator David Andrews, the posters give material and pictorial form to the albums lyrics. Created in parallel to the evolution of the album, Pilgrim’s drawings meditate on key symbols and themes that recur through the album including lines/nets, support/weightlessness, sea/land and the boundaries between the human, artificial, organic, technological, political, poetic and spiritual. By trying to find the fragile yet fertile point in which these boundaries touch, Software Garden attempts to offer a meeting points where, as articulated by Carol R. Kallend ‘all the hearts of our motherboards converse’.

Software Garden will also feature as part of the exhibition ‘Freedom of Movement’ at the Stedelijk Museum Amsterdam with a full live concert performance taking place in March 2019.